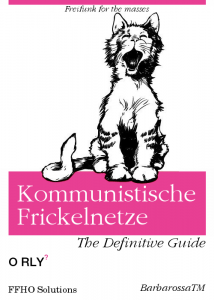 Nearly two years ago, I started thinking about a next generation design for the Freifunk Hochstift backbone infrastructure, motivated by the limits and design choices made before (we were young and didn’t know better.. or didn’t listen..).

This post is the starting point of a series of posts about building a software defined wireless ISP network with Linux, a fistful of Open Source tools and low cost hardware.

Back in 2015 we already had some automation built with Salt Stack for managing package installations and config files for the Debian Wheezy and Ubuntu based machines which helped a great deal managing some mid two digit number of boxes and VMs in our spare time. The problems arose from the then monolithic design of the Salt configuration and the need to split of parts of the network – including B.A.T.M.A.N. advanced based mesh networks – into smaller segments for scaleability reasons. As B.A.T.M.A.N. adv is a layer-2 based mesh network scaleability is an issue. When the networks consists of nearly 1.000 nodes, BUM traffic (broadcasts and unknown multicast) is becoming a problem.

While redesigning the entire infrastructure we faced quite some challenges – some expected, some unexpected. Within this series I will dive into details about the building blocks and lessons learned while building a new Freifunk Hochstift infrastructure basicly from scratch. The series will be roughly outlined as follows (articels written will be linked here):

For those being impatient on further articles there is a talk (in german) about the Salt-Orchestrated Software Defined (Freifunk) Networks  (slides) I gave at the GPN17 in Karlsruhe this year (recording). As the whole thing is up and running since spring of this year, the full configuration is already available on github and is still growing. Within future articles parts of the repository will be references and further explained. Stay tuned.